Make no mistake, I eat, breathe and dream about rhinoplasty.  This is not only my chosen profession, but also my passion and my favorite thing in the world to do.  In 2013, we revolutionized the way that surgeons perform rhinoplasty by popularizing the use of ultrasonic instrumentation, also known as piezosurger..  This forever changed how master rhinoplasty surgeons around the world performed surgery on the nasal bones.  Once again being on the absolute forefront of innovation, in 2016 a new era in rhinoplasty was born —  Preservation Rhinoplasty USA.  Just as before, these techniques and philosophies were developed right here in our practice in Newport Beach.  Over the last 5 years, these concepts have been published and taught around the globe with worldwide adoption that culminates yearly in our Preservation Rhinoplasty meeting held in Southern California.

Preservation Rhinoplasty is an entirely new set of philosophies dedicated to the creation of beautiful noses and results that will last a lifetime.  I was the first surgeon doing these procedures and teaching them in the United States, and also the first to publish my experience and to present the concepts in peer-reviewed medical journal and at our national Rhinoplasty meetings.  Like most things in my career, my work was initially met with great skepticism and negativity across the globe.  Five years later, Preservation Rhinoplasty is a guiding principle of rhinoplasty surgery and a major part of EVERY rhinoplasty meeting in the US and around the world.

What is Preservation Rhinoplasty?

Preservation Rhinoplasty (PR) is a new chapter in rhinoplasty history, and the following material comes right out of my original journal articles on the topic.  The term PR was first coined by my partner Rollin Daniel, and represents a fundamental change in philosophy.   In certain cases, the standard teaching of reduce and rebuild can be replaced with preserve and reshape.  PR is composed of the following 3 parts: 1) elevating the skin sleeve in a unique surgical plane called the subperichondrial-subperiosteal plane, 2) preserving the bridge of the nose (the bone and cartilage dorsum), and 3) maintaining the tip (alar) cartilages with minimal excision while achieving the desired shape using sutures.  Note: PR refers to 3 components. 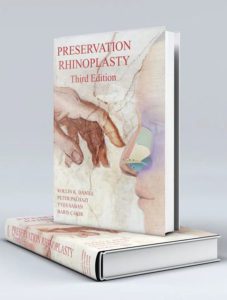 Skin Sleeve.  For decades, surgeons have preferred what is called the sub-SMAS plane when elevating the skin sleeve as it is relatively avascular and less disruptive that the previously utilized subcutaneous plane.  However, the sub-SMAS dissection is still associated with significant postoperative swelling, numbness, prolonged scar remodeling, and induration.  Long-term thinning of the soft tissue envelope is a major concern after rhinoplasty.  In contrast, elevating the soft tissue evelope with a continuous subperiochondrial-subperiosteal dissection results in minimal swelling, near normal sensation, minimal scar remodeling, and avoidance of long-term thinning of the STE.  This has been published in my journal articles with the use of ultrasound and 3D imaging as a diagnositic tool.

Dorsum.  In the majority of rhinoplasties performed today, the dorsal hump is resected leading to the creation of an “open roof” that requires osteotomies (breaking bones) and cartilage reconstruction.  In contrast, dorsal preservation maintains the dorsal hump structures while eliminating the dorsal hump using septal resection.  Thus, one is able to modify the bridge without destroying its normal anatomy.

Alar cartilages.  Traditionally, surgeons achieved the desired tip shape using a combination of excision, incision, sutures, and grafts.  Although the results were good initially, a significant percentage of these cases degraded over time.  However, the adoption of tip suturing, and structural support using various columellar struts, septal extension grafts, and tongue in groove procedures have improved dramatically intermediate results with maintenance of projection and fewer tip deformities.  PR advances tip surgery even further by preserving virtually the entire alar cartilage, which enhances function and reduces potential problems.  In addition, revisions are much simpler.  The combination of a subperichondrial exposure and maintenance of a completely intact alar cartilage and ligament system represents a dramatic new advance in tip preservation surgery. 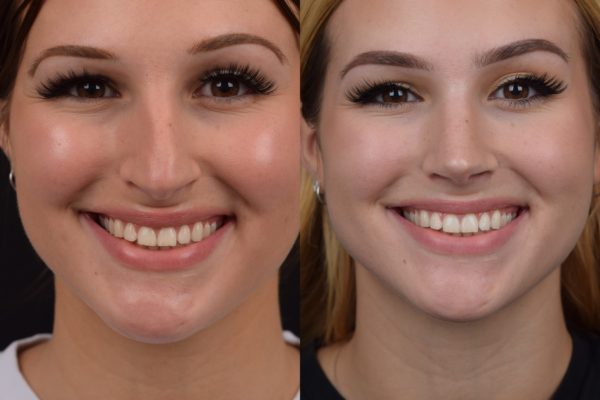 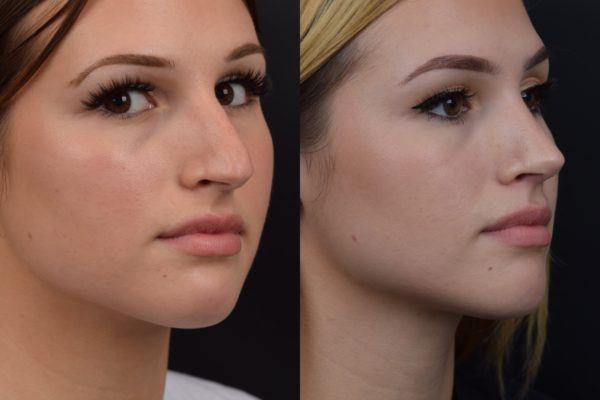 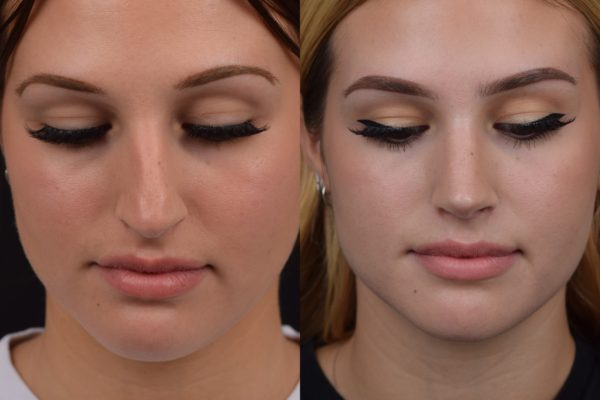 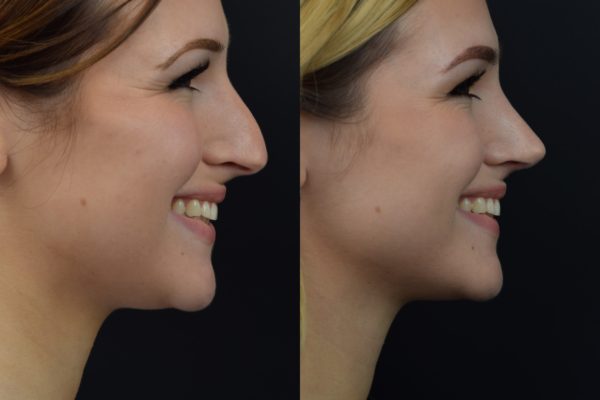 Dr. Kosins is the chair of the annual Preservation Rhinoplasty USA meeting. 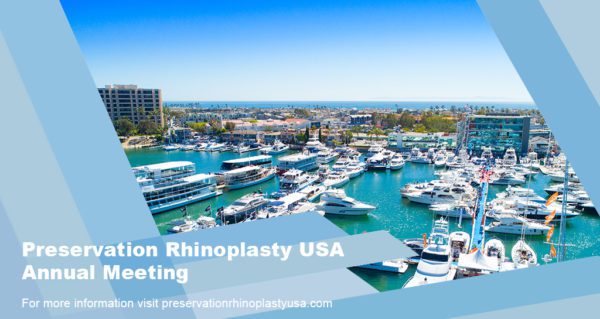